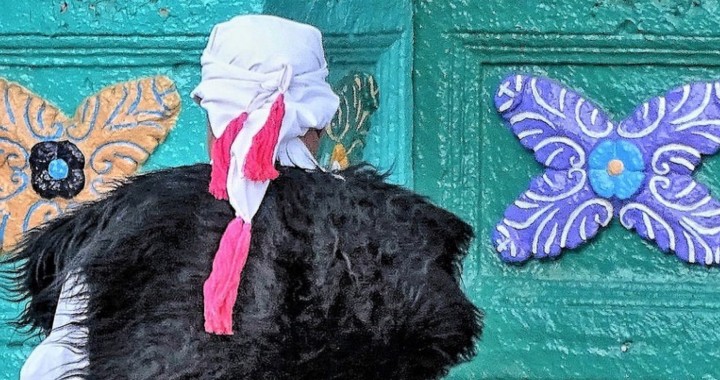 A Unique Cultural Blend. Having lived in San Cristobal for over 20 years I can vouch that there is no city like it in all of Mexico. What stands out is its unique mixture of cultures, races, traditions etc.  This, together with its beautiful surroundings  and pleasant climate  is one of the principal reasons many people from outside of Mexico have made it their home.

The most striking component is the Mayan Indian/indigenous – mestizo/mixed race dichotomy. Two completely different cultures and cosmovisions bought together during the Spanish conquest. The native people of this region, the Tzotzil and Tzental Indians, of course have changed and adapted to the “Western culture and values” but still keep many of their original traditions, rural livelihoods and their original languages. The majority live in the surrounding villages, often perched on cool rugged  mountainsides or hidden  in lush tropical valleys but a large proportion have migrated and now live in Indian communities in San Cristobal itself. Most Indian women still use their traditional hand woven  costumes with each village or area having its own colourful and symbolic design. It is this interweaving and often clash of cultures that makes San Cristobal such an interesting city to experience.

As well as the Mexican Indian and Mestizo population there are people from all over the world who live and visit San Cristobal, making it an extremely unique, cosmopolitan, bohemian and  fashionable city, inhabited  by artists, poets, writers, anthropologists, designers, musicians, photographers.

The state of Chiapas produces some of the best coffee in the world so there are many excellent  cafes alongside the cobbled streets where you can relax and watch the world go by. The cities multicultural heritage also ensures that you can find a myriad of fine  restaurants, including Mexican and traditional food from Chiapas, Argentinian, Columbian, French, Italian, Spanish, Thai, Asian, Lebanese, Cuban, Chinese.

This multi- cultural setting has also resulted in the establishment of many alternative health treatment  centres where activities such as yoga, massages, aromatherapy, Bachs flowers, emotional therapies, meditation can be practiced at a relatively low cost. If you are interested in learning a new language, there are many private schools where you can learn Spanish or the indigenous Tzotzil or Tzeltal languages. There are also opportunities to take short courses related to photography, painting,  traditional Mexican dancing, Arabic dancing, traditional Mexican cooking etc . Virtually all interests are catered for in San Cristobal!